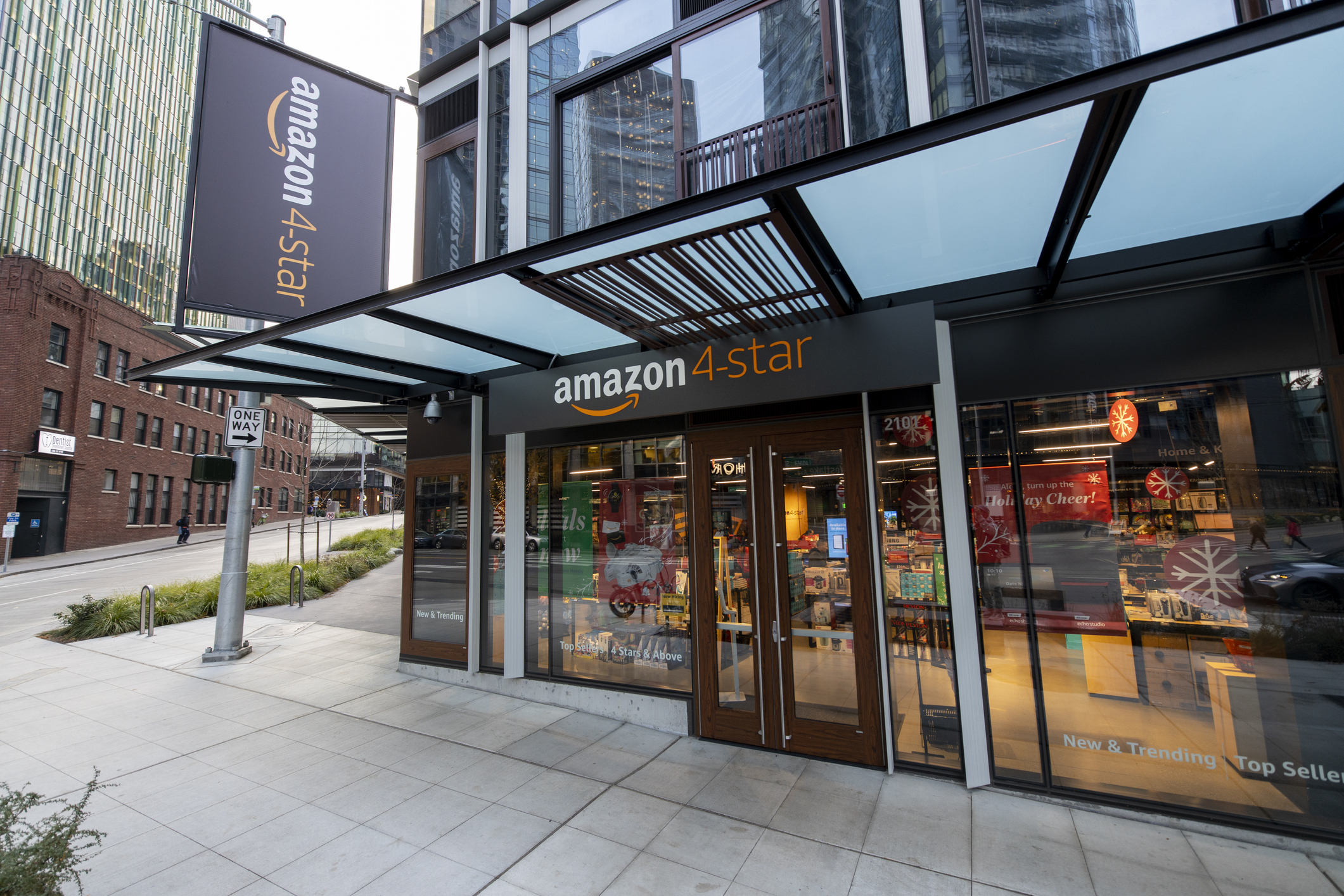 Amazon's always been an Internet brand, starting with an online bookshop in 1995 and extending to non-literary products by 1998. Now there's hardly a doorway without a Prime package waiting for its owner.

Much of in-person retail's death throes are blamed on consumer pivots to e-commerce, driven by Amazon's global success. Perhaps it's no surprise Amazon's own brick-and-mortar play resulted in the recent announcement of store closures at locations in the United States and United Kingdom. 68 locations will close for Amazon off-shoots Amazon Books, Amazon 4-Star, and Amazon Pop Up.

If you've never heard of them or visited one, you're not alone. Amazon Books opened its first Seattle location in 2015, with a 4-Star launching by 2018 in New York. Amazon Pop Up started as a set of 87 mall kiosks in 2014 that were shuttered, with select themed pop up locations operating in only a handful of states. Amazon Books and Amazon Pop Up only exist in states with large metro areas like California and New York, whereas 4-Star has a larger spread across 25 states. But none of these brands have a national reach overall.

What did weekly traffic between 2018 and 2022 look like for Amazon 4-Star, Books, and Pop Up locations?

Amazon Books started strong in 2018 with holiday traffic pick-up at the end of 2019. Its traffic performed better than average compared to 4-Star, with Pop Up locations landing in the middle of the other two for foot traffic by the end of 2019.

Pop Up locations are specialized stores where Amazon products are featured. Its current offering includes a partnership with Brother and an opportunity to test out Brother's label maker. Marketing for Pop Up stores includes a "try before you buy" approach which may appeal to consumers eager to experiment with new products and compare features. But there are only 9 Pop Up locations nationwide. While traffic's been stable for the Pop Up brand, it hasn't breached above-average figures more than a few weeks out of 2021.

The 2020 holiday season offered a modest above-average traffic boost that only returned for one more week in 2021, and the downward trend has continued in 2022.

Amazon 4-Star has had three recovery peaks after the onset of COVID-19. It exceeded its traffic counts in the 2020 holiday season compared to performance in 2019, with additional above-average traffic in March 2021 and the following 2021 holiday period. Obviously these spikes aren't enough to sustain 4-Star's nearly 50 operating locations.
‍

Ready to learn how foot traffic data can help your business?

All three Amazon off-shoots were most popular during the holiday season of each year, with waning traffic afterward. It's possible big-city tourism boosted traffic counts that local residents didn't maintain throughout the year.

Where in the country did Amazon brands suffer the most traffic loss?

Amazon Books drove a huge share of traffic in New York that fell 87% between 2019 and 2020. A closer look revealed two Manhattan locations near Columbus Circle and on the Lower East Side driving the change. This was also in a period where New Yorkers left the city en masse after the pandemic's onset. Though New York City has started a slow recovery, it's clear Amazon Books won't be a part of regaining consumer traffic.

It appears Amazon 4-Star's better 2021 performance is driven mainly by its California locations, with Georgia stores a distant second place. Amazon Pop Up, meanwhile, excelled to a lesser extent in Colorado and Texas, but across the board, traffic data indicates poor performance overall.

No Amazon brand maintained above-average traffic throughout 2021, and there are no locations with accelerating traffic going into 2022. We'll say Amazon likely made a sound business decision in closing these locations.

We'll also say waning foot traffic was a clear indicator of poor store performance far ahead of Amazon's closure announcement. This is vital for understanding industry recovery across the board, and where in the country in-person retail is out-performing other brand locations and competitor stores.

Unacast is tracking pandemic recovery across every industry. Check out our data on rising gas prices and gas station foot traffic. We looked at sporting goods and hobby store traffic surges at the height of the pandemic, and we offer packages for cross-visitation, consumer origin, and more in the United States and globally.

Have questions or want to learn more? Schedule a meeting with us.

And be sure to check out our recent case study on American migration response to catastrophic weather.