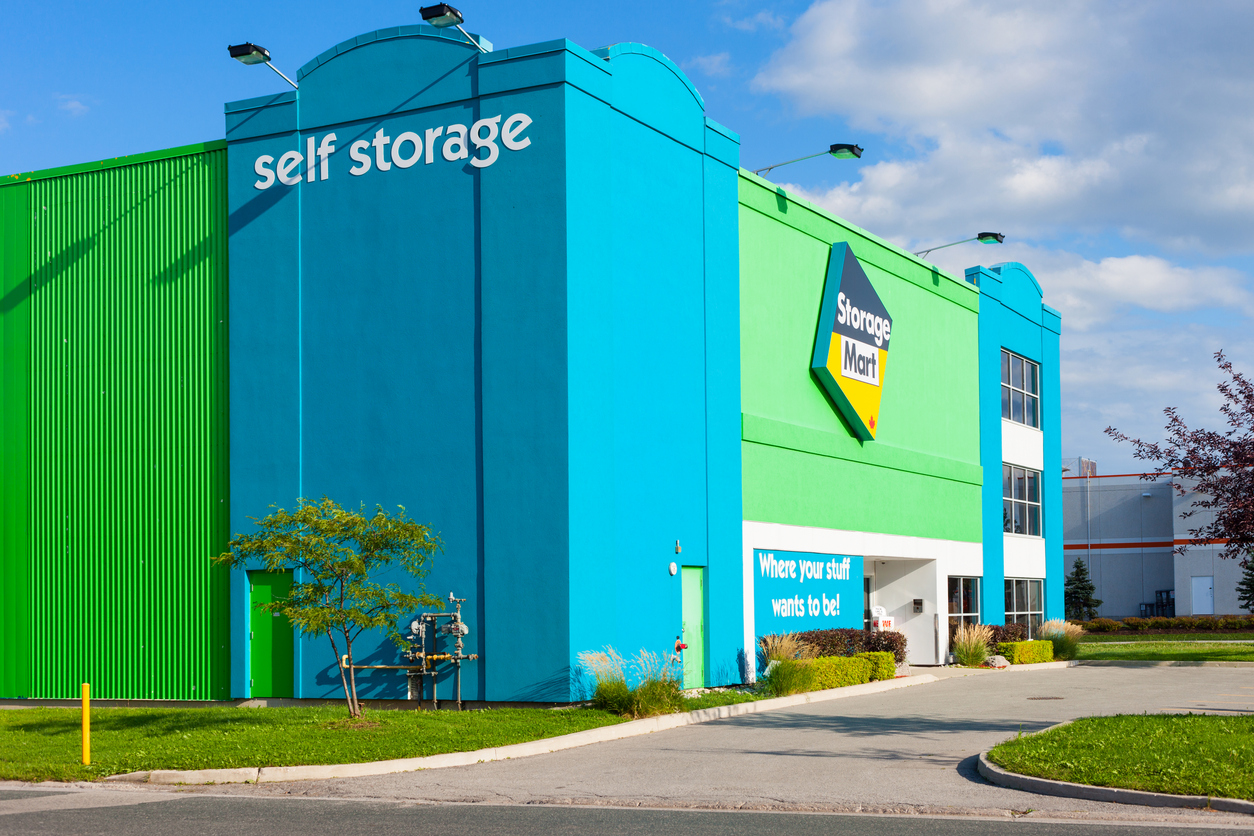 What do you do when you have too much stuff? You put it in storage! The self-storage market was valued at $48 billion in 2020, and is expected to reach $64.71 billion by 2026. But which brands saw the most foot traffic in different metro areas over the last two years? And how did the COVID-19 pandemic affect the top self-storage players? To find out, we created a Tableau workbook that visualizes foot traffic performance at self-storage facilities in the US between December 1, 2019 and November 30, 2021.

Over the measured timeframe, the country’s top-performing self-storage companies were:

Public Storage is the top performer in an impressive 20 states, beating the competition up and down the West Coast, as well as dominating in the Southeast. It is also notable that in many of these states, Public Storage drastically outperforms its closest competition. In Washington, for example, Public Storage had over 2.4 million visitors over this two-year period. The second most visited facility, Extra Space Storage, had less than 345,000 visitors.

That dominance is not a nationwide trend, however. In Georgia and Florida, Public Storage outperformed Extra Space Storage, but only by margins of 1.67% and 5.08%, respectively.

Understanding why Extra Space Storage is a close second in Georgia and Florida but is outperformed nearly 7-to-1 in Washington may help the company understand how it can build its presence in markets where Public Storage is the principal player.

Mobile Mini Solutions, a storage company that was founded and has its headquarters in Arizona, came in tenth on our list. It has just 139 locations in the US, making it a much smaller organization than Public Storage, which has thousands of locations in the US and Europe.

But there’s one state where Mobile Mini dominates the self-storage market, with a whopping 96.1% of foot traffic… and it’s not their home state of Arizona -- It’s South Dakota. Mobile Mini doesn’t have much competition in the Mount Rushmore state; PODS has just one location in Sioux Falls. Mobile Mini also outperforms PODS in Springfield, MO and Fayetteville, AR. They’re also the only player in several smaller markets, like Utica, NY; Barre, VT; and Pecos, TX.
‍

By finding areas where the biggest industry players don’t have a presence, Mobile Mini has shown that it may be mini, but it’s also mighty!

Life Storage is another company that does well in a variety of locations. The company has its headquarters in Buffalo, NY, and is the #1 facility in that area, as well as other Northeast markets, such as Albany, NY; Springfield, MA; and Portland, ME.

Life Storage is also the top performer in Louisiana and Mississippi, as well as nearby Austin, TX and Pensacola, FL. With a strong presence in Las Vegas, Tucson, and St. Louis, Life Storage has secured its spot as one of the country’s top five self-storage facilities.

For Life Storage to grow its market share, it should try to replicate its successes in other areas, such as the Northwest.

How the Pandemic Affected the Industry

When you explore Unacast’s data over this timeframe, two key trends emerge:

First, the self-storage industry is booming, with most metro areas recording more foot traffic in November 2021 than they did in December 2019.

Secondly, COVID had a negative — albeit temporary — effect on foot traffic, with most areas recording a sharp decrease during the spring of 2020, when the pandemic was declared a national emergency, businesses shut down, schools closed, and events were canceled. It’s not surprising that, as many people spent more time at home, trips to self-storage facilities declined.

The numbers tended to stay low through 2020, but they began ticking upwards in the spring of 2021. This may be because people felt more comfortable returning to their storage units after they were vaccinated, or perhaps they simply needed to put items into or out of storage as part of a “spring cleaning.”

While Simply Self Storage saw a decrease in traffic in March of 2020 and an uptick in May 2021, they saw a much more modest gain from December 2019 to November 2021, growing only from 37,575 to 44,275. This growth was fueled by foot traffic increases in Los Angeles, New York City, Chicago, and Tampa, though many other markets saw downturns over the same timeframe.

Simply Self Storage may want to explore why they only saw modest growth over the last two years, which pales in comparison to some of their competitors. Were they doing more to entice customers in LA, NYC, Chicago, and Tampa? If so, could those tactics be replicated in other markets? Answering these questions may help the company increase its growth moving forward.

Here are some recommendations we can draw from our data:

This is only the beginning of the insights that can be gleaned by Unacast’s foot traffic intelligence platform. Our technology can uncover more trends about the self-storage industry and other customer service businesses. In addition, we can help you dive deeper into the data to discover more granular and specific recommendations to grow your business. Email us at talktous@unacast.com or try Unacast Now to reveal your own insights.