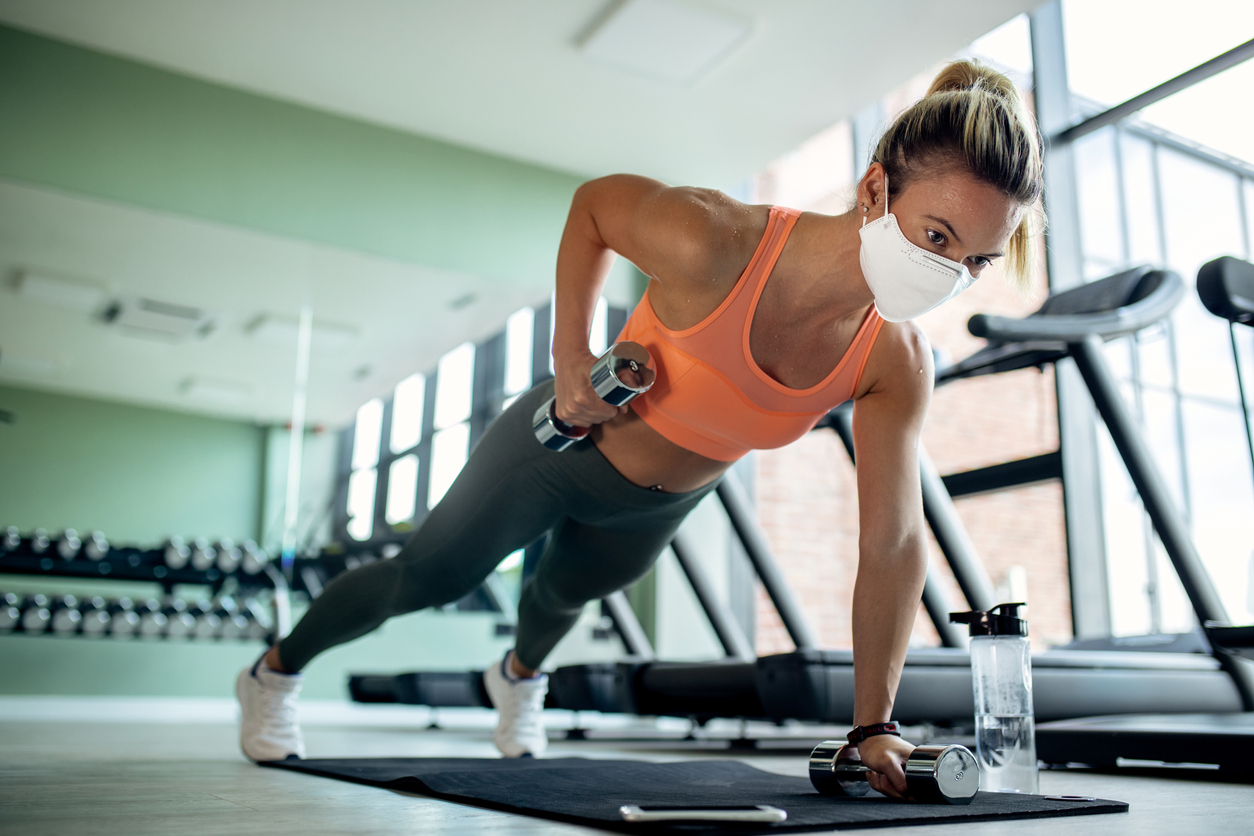 For this post, we created a Tableau workbook visualizing foot traffic performance at fitness centers in the US between January 1 2020 and September 30 2021.

A close look at visitation data nationwide during this period can help us understand how the wellness and exercise industry has weathered the pandemic, which businesses have best recovered, and what factors appear to be driving success nationwide.

Where the Fitness Centers are Located

From January 1 2020 until September 30 2021, the country’s top-performing fitness centers included:

Out of those ten, the first five — Planet Fitness, YMCA, Anytime Fitness, CrossFit, and Orangetheory — have the most comprehensive national reach. With centers posted in multiple metro areas across all fifty states, these brands have an advantage when it comes to overall performance.

The latter half of the list — LA Fitness, Club Pilates, Pure Barre, Jazzercise, and 9Round — is spread out across fewer states. Club Pilates has centers in 41 states, while LA Fitness only does business in 28. Locations tend to be clustered primarily around major metro areas and are fewer in number.

Overall, LA Fitness has the smallest reach in this sense, with locations in only 74 metro areas nationwide. By contrast, Club Pilates has centers in 132 cities, a number comparable to the spread of Pure Barre, Jazzercise, and 9Round.

By breaking down the foot traffic data into month-by-month increments, we can get a closer look at the effects the pandemic has had on top workout brands. The variation in visitation at 9Round, a kickboxing-focused gym, provides an illustrative case study.

9Round has performed particularly well in the Houston area, where it ranked as the third most-visited gym in the past 31 months, with 4.32M visitors.

In January 2020, although not as highly visited as traditional gyms like Planet Fitness and LA Fitness, 9Round received the most traffic of any of its competitors providing niche fitness experiences (e.g. CrossFit, Jazzercise, PureBarre): Its 274,000 January visitors were 20% higher than the figures reported by CrossFit, its closest competitor.

In April 2020, 9Round’s numbers dropped to 91,000 due to the onset of pandemic-related shutdowns: Nonetheless, the brand moved up to become the most visited gym among Houstonites for that time, with more visits than even larger competitors Planet Fitness and LA Fitness.

However, with the gradual reopening of indoor fitness in 2021, 9Round surprisingly starts to lose some of its competitive edge: From January to April of this year, CrossFit nearly matches 9Round’s performance, reporting 435,000 to 9Round’s 439,000 visitors, and then surpasses it. From April to the end of September 2021, CrossFit has received 16% more foot traffic than 9Round, nearly reversing their competitive positions from the first four months of 2020.

Being able to identify this change in 9Round’s performance over the past 31 months is a critical first step in further understanding what specific challenges the brand is facing in the pandemic recovery period.

What allowed 9Round in Houston to perform so well during the worst of COVID? Did it have especially impressive physical distancing, equipment sanitization, and facility maintenance policies? Are there post-pandemic era best practices that 9Round could implement to regain its advantage? Similarly, why did CrossFit lose market share to its rival during peak COVID, and how did it gain back ground?

Both brands could ask these questions to optimize for the future, and similar insights should be available to every other brand in this study were they to dive into their foot traffic performance relative to that of competitors in Houston and other cities.

A first look at Unacast’s visitation data shows two brands from this group consistently rising to the top: Planet Fitness and LA Fitness scored the number-one and number-two spots in foot traffic performance since January 2020 in each of the country’s five most populated metro areas:

Planet Fitness wins out in four out of the nation’s five most populated cities for this period. It outperforms LA Fitness by solid margins: Even in Houston, where the margin between the two brands’ performance is the closest, Planet Fitness still reported 25% more foot traffic — more than a million visitors — than LA Fitness did in that same time period.

While Planet Fitness enjoys an at least one-million-visitor lead on LA Fitness centers in Chicago, Dallas, and Houston, the competition between the two brands is most uneven in New York City: There, Planet Fitness scored more than twice the amount of foot traffic as LA Fitness.

However, LA Fitness is reaping some local loyalty in its metropolitan namesake, where it saw 22% more visitors than Planet Fitness in this period. Zooming out a bit, a look at other visitation hotspots for LA Fitness over the past 31 months suggests another dimension to what might be driving the brand’s success. The six U.S. metro areas where LA Fitness reported the highest amount of foot traffic since January 2020 were as follows:

This is most notable in Miami, where the brand outperformed even its LA fitness facilities by 26%. But LA Fitness’ superior gym attendance in warmer areas also shows up in comparisons between northern and southern cities. For example, Chicago and Atlanta received about the same number of visitors, as did New York and Dallas. LA Fitness centers in Atlanta and Dallas are receiving the traffic of cities five times their size.

The apparent climate-driven differences in LA Fitness’ performance and in its results relative to those of Planet Fitness might inform the brand’s assessment of stores’ performance nationwide as well as its considerations as to where to select future sites. Other brands might investigate their performance for similar trends. Is the climate phenomenon unique to LA Fitness due to its balmy brand or does it extend to other gyms?

Here’s what we can recommend based on what we already know:

We’ve only scratched the surface of the insights location data analysis can offer to fitness brands.

The data here marks the beginnings of what the Unacast foot traffic intelligence platform can teach us about the performance of fitness center brands and other brick-and-mortar retail industries.

Unacast can help brands dive much deeper into the data to identify more granular recommendations. talktous@unacast.com or try Unacast Now and unearth your own insights.