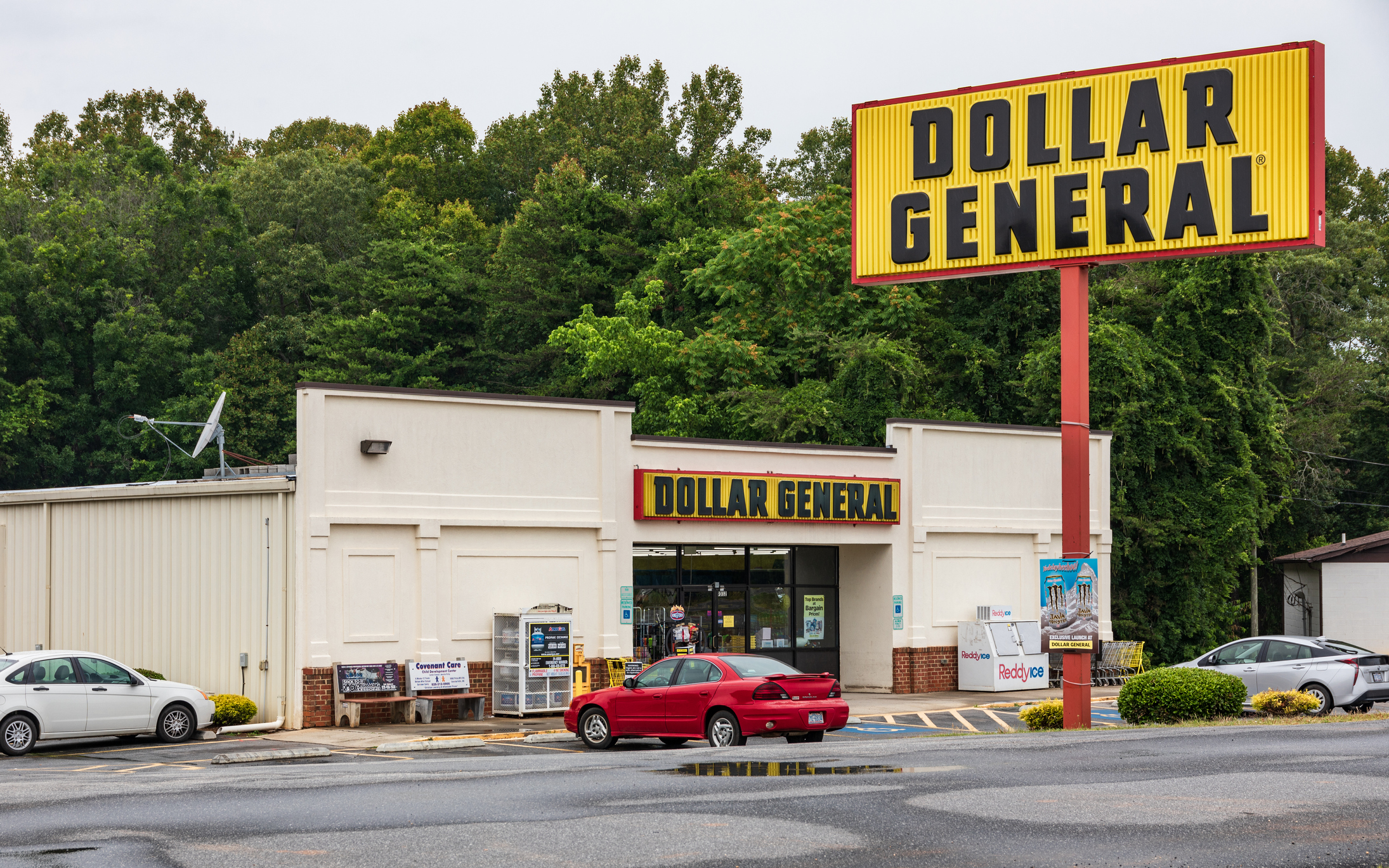 A recent report indicated Gen Z is driving a recent shift to thrift shopping, with the secondhand industry projected to grow 11x faster than traditional clothing retail. Our piece on Goodwill shopping between 2018 and 2021 confirms this trend. Goodwill recovered foot traffic following the worst of pandemic restrictions, and the thrift store has already seen 20% growth compared to pre-pandemic levels.

It may be more than increased vintage shopping driving foot traffic. Discount shopping appears to be a thriving sector following the impact of COVID-19. Our examination of hotel brand recovery showed budget brand, Motel 6, experienced a quick pandemic recovery and exceeded traffic levels compared to its pre-pandemic performance.

Vintage styles may be optimal for posting on Instagram, but we think the discount aspect may a greater draw for consumers. We looked at top discount variety stores in the U.S. to see if similar traffic increases appear.

Our focus included the brands:

Dollar General is the largest retailer with over 17,000 locations in the U.S., spread heavily over the eastern half of the country from Texas to Florida and up through New England. There’s also a California base matched by Family Dollar, which has close to 8,000 locations. Family Dollar also stretches into the Midwest region where Dollar General has few locations.

Our traffic analysis shows exceptional traffic spikes for Dollar General in quarter one and two of 2021, with figures higher than any prior quarter back to fourth quarter 2018. Family Dollar experienced similar traffic increases in the same period, exceeding all prior quarters back to 2018. Five Below follows the same pattern, though its increases are modest.

Traffic for Dollar General at the start of the pandemic didn’t see the downturn experienced in other retail industries or compared to Family Dollar and Five Below, though Dollar General’s performance in the fourth quarter 2021 is their lowest count for the past three years. Additional digging showed the General's locations in Maine and New York appear to be contributing to this dip the most.

Five Below was the only brand of the three to show steady traffic levels for the end of 2021.

Are there regional trends which account for these swings?

Based on overall brand traffic, there was definitely a discount shopping surge in the first half of 2021. Ollie’s Bargain Outlet performance is particularly trending upwards going into 2022.

We examined each brand’s top performing stores based on number of visits per quarter. The image below shows Dollar General stores with traffic exceeding 500,000 visits for every quarter examined. The percentage amounts describe the percentage of total traffic accounted for by each county for the quarterly column.

These counties also show sustained levels of travel regardless of the pandemic, with only modest reductions at COVID’s peak. Hidalgo County drew the largest amount of traffic in the fourth quarter across the General’s busiest locations. This county is definitely one to watch as a driver of business for the brand, and it would be worth Dollar General’s time to investigate why Texas is its top-performing state and also why New York and Maine are dragging total traffic counts down.

Jefferson and Mobile Counties in Alabama are also worth noting. Stores in these counties drew between 6-7% of total quarterly traffic in 2019 and during peak pandemic 2020, but the traffic increases seen in the first half of 2021 nearly match the General’s busiest Texas locations.

Did targeted advertising in the Alabama area increase traffic to these locations? Are there additional factors Dollar General can investigate to maintain high traffic in the Jefferson and Mobile areas?

Bexar County in Texas also saw a moderate peak of traffic in the first half of 2021 that did not sustain through the rest of the year. Are there improvements Dollar General can make in Austin to replicate the traffic levels seen in other Texas counties?

We’re including similar heat maps below for the additional brands in our investigation.

Let's jump to Roses, the smallest brand reviewed. The heat map below shows venue locations with over 50,000 visits by quarter. The percentage values indicate per quarter which locations drew the largest percentage of traffic. We've visualized Roses stores with growing popularity in Whitfield County, Georgia, and Cumberland County, North Carolina. Franklin County, Ohio locations drew nearly 12% of traffic across all of Rose's top performers in the latter half of 2021. These locations are clearly doing something right to sustain high levels of traffic throughout the year.

Will they continue to make strong showings in 2022?

Additionally, the heat map below tells us locations where visitation has dissipated. Duval County, Florida locations stick out for falling below 50,000 visits starting in the third quarter of 2020, with only one dip above our base count in the first quarter of 2021.

Are there factors in Duval impacting Roses performance, perhaps because of the pandemic? Our venue insights offer brands the granular data they need to monitor performance and benchmark against competitors.

For Family Dollar, we used the same Dollar General visitation cut-off of counties with over 500,000 visits sustained between 2018 and 2021.

Texas makes another appearance similar to Dollar General, though Family Dollar’s performance is particularly concentrated in Harris County, which drew over 20% of total traffic per quarter for the brand’s top-performing stores. For comparison, second-place Dallas County locations accounted for around 14% of traffic per quarter, consistently 7-8% below Harris County’s performance.

Dollar General’s other high performing locations, while around half of the traffic seen in Texas, show sustained, healthy traffic levels and minimal traffic changes during the peak pandemic period. These appear to be locations Dollar General can rely on for unwavering visitation.

In the heat map below you can see Five Below's highest performing locations are centered around the Chicago area. Only three counties showed traffic over 250,000 visits for all quarters we examined. Interestingly, our heat map indicates Chicago is showing no signs of easing in total traffic. This is definitely a market area Five Below should focus on when looking to replicate success elsewhere.

Ocean State Job Lot doesn't appear to have the same hot-spot locations compared to the brands discussed above. Distributed locations show strong performance for certain quarters of the year and wane again.

Two areas of focus for Ocean State would be in their Plymouth and Norfolk County locations in Massachusetts. Norfolk County locations drew a majority of traffic during the peak pandemic period but did not sustain the same levels of traffic in 2021. Their data for fourth quarter of 2018 indicates a nearly 20% share of traffic across all of Ocean State's top performers. Are there factors Ocean State Job Lot should examine in Norfolk to account for its relative decrease in overall traffic since 2018?

Similar can be said for Ollie's Bargain Outlets. Peak performance in fourth quarter 2018 for its Lancaster County, Pennsylvania locations appears to have waned overall throughout the pandemic. Can Ollie's replicate prior success for this location to draw traffic back to previous levels? Their Bulloch County, Georgia locations are certainly a place to focus, with sustained high performance throughout the pandemic and 2021 compared to their other locations.

Looks like discount shopping is here to stay, and it's prime time for our focus brands to benchmark their performance across the country and capitalize on growing consumer interest in buying within budget. All of the brands we examined saw early 2021 foot traffic surges, and our heat maps helped identify areas of the country where these brands are seeing larger draws of traffic, and also which areas may need attention.

Unacast offers venue-level performance on a daily, weekly, monthly, and quarterly cadence to provide the timely data you need to ensure optimal performance and effective expansion. Talk to us about how we can help. And be sure to check out our other recent discount pieces!