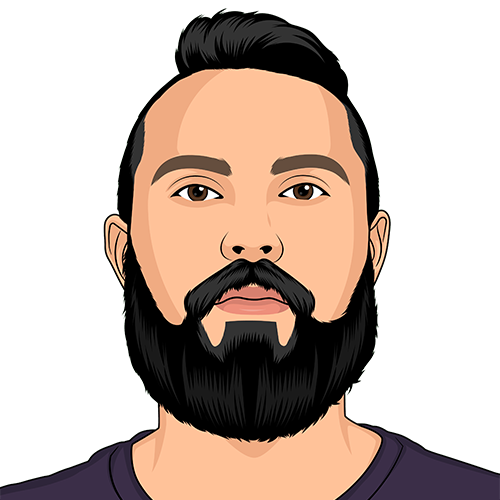 Complete national foot traffic comparison Nike vs Adidas vs Puma is below. You can read the full post, or download the Tableau workbook, below.

There is still a little time left on the clock, but a week before Christmas 2020 and right at the start of the 2021 NBA season, Nike continues to dominate Adidas in the COVID-19 recovery game.

Since we last checked in mid-June, Nike has widened the gap, with total foot traffic at their outlet locations back to within 30% of 2019 levels. That’s up from -55% when we last checked the brand score.

Adidas rallied in the third quarter to make things interesting for a while, but a comparatively slow Thanksgiving and a lack of sustained resilience is clear.  Total traffic is still down more than 40% and that’s been the case since mid-July.

A look at some key stats tells the tale of the game.

It was over when - By early September, Nike was back to drawing within 75% of their 2019 foot traffic, while Adidas had actually dropped a little to about 50%. The lead was never less than 12 percentage points from then on.

Give ‘em props - Adidas got down early but they fought to the end. By the end of the third quarter of 2020, the brand had closed the gap to within 14% of Nike’s foot traffic recovery (59% to 73%) -- a late rally that shows some moxey.

2021 prediction - Based on current trends, Nike will enter the year with foot traffic flat to slightly down. Adidas will draw less of a total crowd, but there is a small indication of growing interest in the franchise. For now, Nike starts the 2021 shopping and NBA seasons as the clear #1 pick of bricks and mortar consumers.

U.S. clothing retailers got a welcomed jolt of recovery heading into June 2020 as more people headed back to bricks and mortar locations.

Store visits had fallen as much as 90% in some states since shutdown orders were first issued, while the national average sits about -50% since reopening began, significantly lagging restaurant or grocery retailer visits.

But an abrupt increase of 20% or more in clothing retailer visitations was the national norm in the last week of May, with clear state and brand winners emerging as we look through the data.

Southern states are back in fashion

Leading all states, South Carolina - one of the first to both shutdown and begin reopening - saw visits spike to more than 150% of 2019 levels.

Neighboring Tennessee visitation levels achieved parity with the same period last year, as did clothing retailer visits in less-restricted states including South Dakota and Montana. In general, the southern states continue to fare better than those north.

Clothing retailers in Texas and Florida, which we highlighted in our analysis of Memorial Day beach visits, are both enjoying better than average rates of recovery, having touched within 10% of 2019’s visitation levels in the last week of May. Georgia is in a similar category, with visits having spiked to within 15% of 2019 numbers post Memorial Day, before slipping back to -25% year over year.

In the same way that not all states are equal in terms of prevailing conditions (e.g. the timing and specifics of shutdown and reopening), not all brands appear to be equal in terms of their ability to draw consumers back to bricks and mortar locations. One prime example comes from the highly competitive athletic shoe category.

Nike and Adidas compete head-to-head in this lucrative market by selling through their own outlet locations, as well as via retailers of all kinds with bricks and mortar storefronts in shopping centers, strip malls, and independent locations.

Each brand has celebrity-athlete spokespeople, huge ad budgets, and the ability to target customers with location-based marketing.

To someone who’s not big on shoe culture, there doesn’t seem like much to separate the two brands. Yet Nike is crushing Adidas in terms of visitation recovery.

Both Nike and Adidas retail outlet locations took a common nosedive with the retail sector in early to mid-March as most state’s shutdown orders began to take effect. By March 16th, Nike bottomed-out at about -75% visitation levels versus 2019, while Adidas’ visitation continued to fall for the next two weeks, touching -90% at the end of March.

Heading into June 2020, Nike continued to widen the gap, climbing to within 45% of 2019 levels, while Adidas remains mired near -85%. So what are the difference-makers?

It’s not Nike’s first time at the dance

Since March 2014, Nike has celebrated the 26th as Air Max Day -- the day the iconic Air Max shoe was first released. Nike uses Air Max Day each year to announce new products and celebrate the brand and the game. It is as important in the athletic shoe world as a new iPhone is to mobile aficionados.

The fact that Nike store visits spiked more than 20% in the period around March 26th, even as Adidas visits fell by nearly the same amount, indicates that consumer expectation for that standing tradition remains strong for the Nike brand.

Another factor influencing the gap between Nike and Adidas’ visitation levels may be ESPN’s March 2020 release of The Last Dance documentary series, which chronicles the rise of the Chicago Bulls behind Michael ‘Air’ Jordan, the most important human brand Nike has ever seen. The series gives regular play to the iconic Air Jordan shoe, the Nike brand, and shoe culture on the whole.

With more Americans at home as we shelter-in-place, The Last Dance has become very popular and that popularity will likely spike again in July when the series is released to a broader U.S. audience via Netflix.

Given mass exposure to this content, one can imagine the consumer’s desire to Be Like Mike, along with our need to get moving again, influencing which shoe store we visit as we go outside again to work, shop and play.