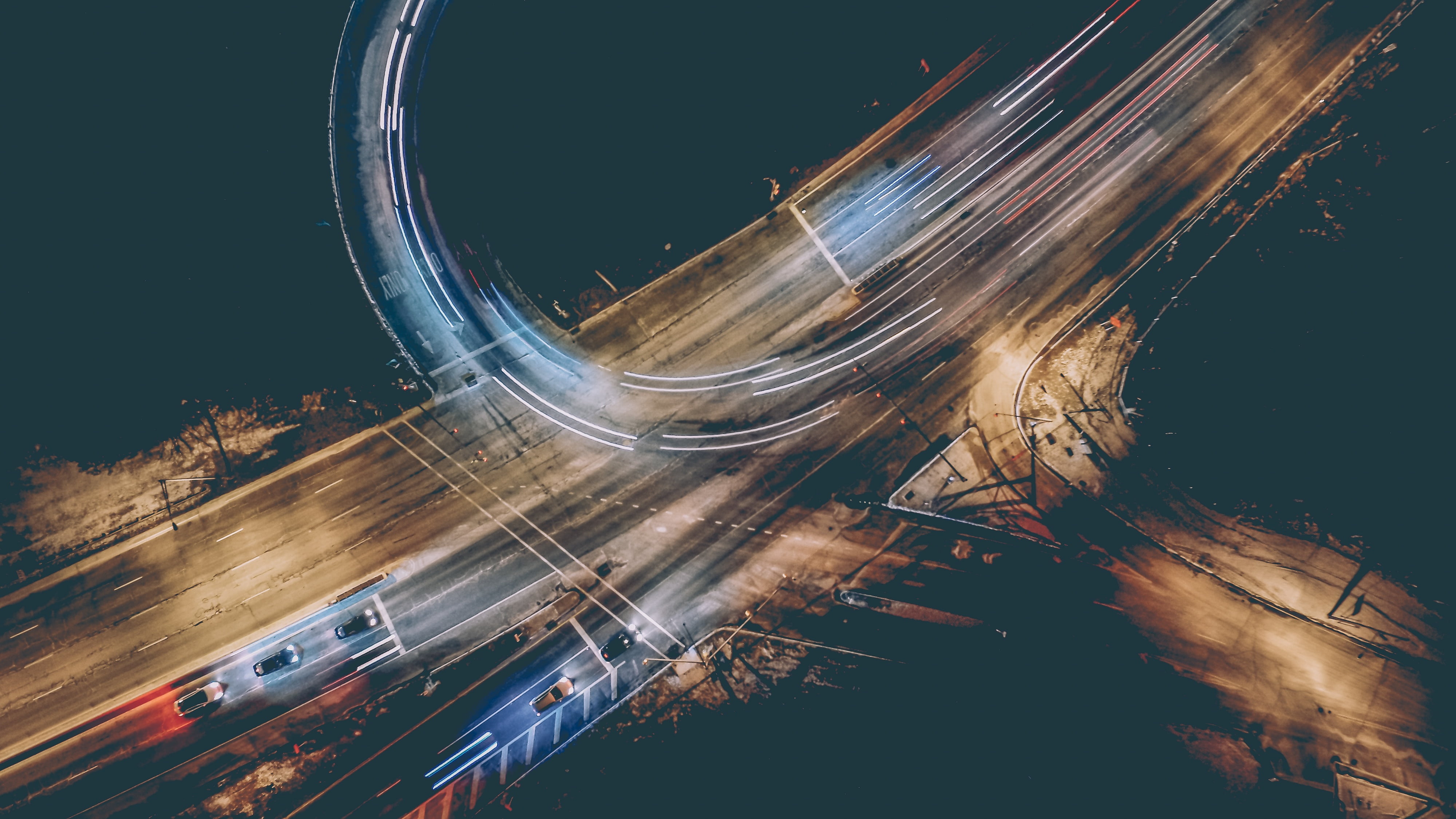 To understand US population movement in 2021, it is critical to understand that it is first and foremost a mobile population. This adds complexity to understanding already difficult concerns about health and economic risk exposure in the age of COVID.

To compound things, migration patterns are not straightforward. Recent events demonstrate well these more complex patterns of movement. While a year or two ago we focused on mobile workers who moved in pursuit of work, the common migration pattern in 2021 varies from those adjusting to work from home, to people relocating from big cities to smaller towns and US Counties.

The map and table below shows how these migration patterns have unfolded in San Francisco and the Bay Area, where population movement towards other counties is clear. This map shows general types of migration patterns that exist in the area.

Migration from big US cities and counties towards smaller towns and counties is changing the economics of the United States dramatic ways. One of the essentials to understanding population flow during COVID-19 is the ability to measure migration. This means the exodus of people from densely populated urban census tracts to less crowded neighborhoods in a different county or state.

To measure migration, we first define long-term signal presence in a given census tract to determine a neighborhood of residence. Because we can measure these signals from a historical lookback until near real-time, it is possible to understand when patterns change; denoting migration from, or immigration to, a new area. While migrant population movements away from cities grew at unprecedented rates in 2020, growth is occurring in non-traditional receiving areas, for example, smaller and more rural US counties.  This is very consistent with migration patterns in the Bay Area for the period studied.

Our study of migration patterns in this region showed that over 45,000 had left one county or another, uniformly favoring less densely populated counties and towns to cities. There is however a parallel trend of immigrants to big cities who are young, from non-traditional sending counties and who can earn substantially less than their postal code counterparts.

While this county to county migration flow is notable, it is not new. According to netmigration.wisc.edu, “Every year, about 10 million Americans move from one county to another. Migration rates vary by age, race, and ethnicity and with local and national social and economic conditions over time. Still, individual counties' patterns of age-specific migration tend to be consistent over time telling demographic stories about local places.”

While human migration and more specifically migration flow are common, the migration patterns that the United States has witnessed in 2020 and the COVID-19 era are unique. By the end of 2020, migration flow in New York City, which typically experienced net population flow gain of about 85,000 through 2019, saw human migration flow turn net negative in 2020. The net result is that a year's worth of growth has been lost in addition to the unplanned losses of COVID-related migration. This shift in human mobility and a widening area gap in income levels will impact decision-making around new NYC infrastructure, commercial development, and retail location selection in 2021.

Key to measuring human migration patterns is the application of Points of Interest, or POI, data in foot traffic and migration flow. A POI is a location that lots of people visit either routinely, seasonally, or based on certain events. Examples of a migration flow POI include:

POIs give us important reference points for assessing, planning and decision-making around migration patterns and net population flow. How people move around a location provides important insight for a variety of industries and job roles. This information is valuable for data scientists, retailers, city planners, commercial real estate investors, healthcare providers, and lots more.

The simplest way a location becomes a point of interest is to attract a lot of attention. A large number of people congregating in one place indicates activities like socializing, commerce, and the performance of services.

When an area is experiencing a sudden change in human mobility patterns, such as a population increase, it is considered a point of interest. Human foot traffic is drastically affected by national emergencies, illness, natural disasters, and other sociological factors. This can both drive and decline real-time foot traffic depending on the business and the severity of the population increase or decrease.

When COVID struck and lockdowns and social distancing became the new normal for many, levels of foot traffic dropped everywhere. This in turn meant many stores, restaurants and small businesses simply did not have the customers to survive, so they closed and people lost their jobs—all because of changes in human migration patterns and population flow.

A location is also recognized as a human migration POI when representing similar locations in a given area, industry, or category. McDonalds is a good representational POI of foot traffic everywhere. It sets a benchmark for performance and provides a quick test of general mobility.

Some counties on the edge of urban areas have experienced significant growth as a result of people leaving the city. Even a few hundred people changing a migration pattern can alter the economies of a neighborhood. This was evident when Unacast looked at migration patterns and emerging areas in southeast Florida.

In this research report, we probed location data from an 8 county area in Southeast Florida gathered over the whole of 2020. The counties we examined are: Palm Beach, Miami-Dade, Broward, St. Lucie, Martin, Indian River, Monroe and Okeechobee

In the entire 8 county area Miami-Dade is the only county not to gain population in 2020. In fact, the entire SE Florida region is positively booming, with every other of the 7 counties studied showing positive growth in both population and income flow. Though particularly bountiful, migration patterns in SE Florida are unlike any other region we have studied in the COVID era.

In the past few months, we have taken a hard look at New York, Houston, San Francisco, Chicago and Seattle. All big US cities, all with their own pandemic era story to tell. The difference is that the story in those cities is one of loss — loss of population, income and human mobility.

The story of Florida’s southeast is entirely different. It is one of resilience and, very importantly to commercial real estate investors and developers, a rare tale of emergence and opportunity -- New wealth and new opportunity is the new norm here and in many United States counties where COVID-related human migration is creating new POIs and new wealth.

COVID-19 has affected human mobility on many fronts. We have seen how populations have implemented social distancing measures with varying degrees of enthusiasm and we can now understand how severely the pandemic hit retail industries.

Another impact of COVID-19 we can now measure is the migration of people from their usual location of residence. This redistribution of population causes the formation of new community hubs but also causes a rapid decline in density of inhabitants in the communities they leave behind.

In the wake of this, it becomes necessary to deal with areas that become underserviced due to this rapid influx of inhabitants and the resultant fluctuation in real estate markets. To do that, you need data to answer key questions, such as:

In order to analyze these shifts of population to new locations we provide two key metrics that evaluate the timing and the magnitude of population flow.

First, using individual Census Block Groups, we can zoom in-or-out between neighborhood, county or state views to measure the mobility of people observed daily. Second, we recognize the home locations of residents and build on that knowledge to record origin-destination pairs whenever home is reassigned to a new place.

While the former metric provides us with instantaneous understanding of people's whereabouts at any given moment - irrespective of their purpose for being there - the latter offers confidence in capturing moves of more permanent nature.

Assuming that the majority of people spend most of their time in the relative vicinity of their home, the proportion of people across a given region remains rather stable over time. When people start to relocate however this equilibrium breaks and we observe that certain areas are losing population in favor of other regions. We measure this using our Population Distribution Trends (PDT) metric.

The PDT metric measures how the proportion of population in each region deviates from a baseline period. Although multiple elements can lead to observation of less or more devices in our system, the major factor is the actual change in population volume. Therefore, we associate an increase of the county's population proportion with inflow of people and decrease with outflow. This is an accurate method for modeling human migration and population flow when combined with United States census tract data.

Census tracts are the smallest territorial entity for which population data is available in the US. Though figures vary based on density, census tracts average a population of about 4,000 people. From these tract groups, the government regularly collects population characteristics, economic status, and information about living conditions. Valued for its reliability, this census tract data informs and influences planning and investment decisions throughout the private and public sectors. Each of these decisions is thus inexorably influenced by human migration and population flow.

Sometimes census tract boundaries coincide with the limits of cities, towns, or other administrative areas, and several tracts commonly exist within a county.
Census tract data looks backwards by a year or more. Location data is much fresher but it’s collected through smartphone usage, not a survey. Combined, the two data sets provide an ideal solution for creating human migration and population flow models.

A Final Word on United States Migration Patterns and COVID-19

No major urban center is impervious to the negative effects of the COVID-19 pandemic. Foot traffic in big cities everywhere is down dramatically. Although a few anomalies of resilience exist and a small handful of retail brands have found footing in big cities, the trendlines for foot traffic, migration patterns, and income flow, are negative in most big US cities.

The most probable path ahead for the lion’s share of big city census tracts is a shift in the local market. Trending will be towards lower-priced retail options, a decrease in rent for CRE leaseholders, and a slow but steady shift of buying power away from urban centers and towards smaller counties, cities, and towns.