The Advantage - The newsletter with the most trustworthy trends in location data, subscribe now.
Now Hiring

"I Left My Heart in New York City" -- Who's Moving Back to the Big Apple? 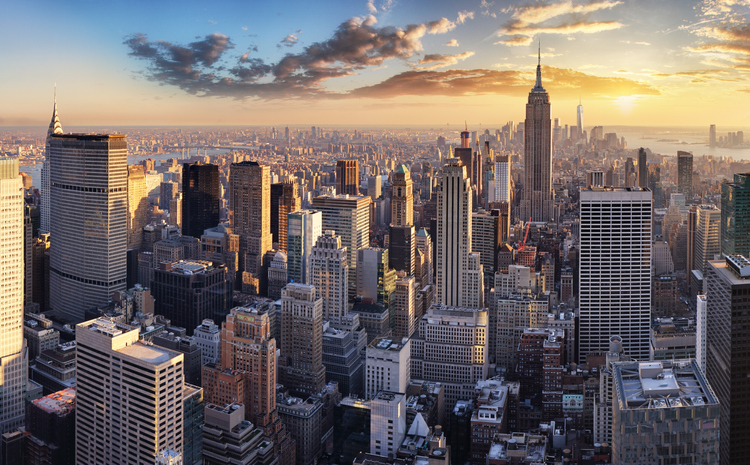 A recent report on rent increases in 2022 showed New York City at the top of the pile with median rents at $3,590, almost $700 more than the second-ranking rent in San Francisco, CA. While there is some uncertainty whether demand in major cities driving up rent may slow in the face of inflation and a possible recession, there's no question residents returned to New York City following the turbulent early months of the COVID-19 pandemic.

Migration data of the Top 5 States for Relocation in 2022 showed Florida is the number one destination state for moves (147,927 in total), with New York coming in at number 4 with 53,204 moves. The influx to New York is coming from New Jersey (21% of all moves) and Florida in second place (14% of all moves). Do these moves represent individuals who left New York City in the early months of the pandemic and are now returning to former stomping grounds?

What counties in New York saw the highest levels of migration, and what counties did these moves originate from?

The highest influx in 2022 came directly to New York City (New York County) from the state of New Jersey, followed by moves to Brooklyn (Kings County) also from New Jersey.

‍Zillow searches for New York City and Brooklyn properties from California residents bears this out. We checked the origin counties for California to New York City moves and found the majority of moves came from Los Angeles:

Though Zillow search data from Q4 2021 reflects the most interest in New York City housing from the San Francisco region, it appears Los Angeles residents are the ones committing to a move in 2022.

For Florida, the influx into New York State is spread across three of the five boroughs: New York City, Brooklyn, Queens, and nearly tied in first place are the two Long Island counties of Nassau and Suffolk. There is also some migration to the suburban counties of Westchester and Rockland, just north of New York City.

It appears Palm Beach County drew the most moves back to the New York region in 2022 so far. Data suggests the pandemic and business relocation to the Palm Beach area drove increased migration and housing prices, creating a very competitive market for potential buyers and a huge investment opportunity for interested parties. It's very possible we are seeing dual home owners moving back from Palm Beach to Long Island residences, either awaiting a lucrative sale in Florida, or moving back up North after a deal. Check out our piece here for more insights into the hot Florida market.

Where are New Jersey movers coming from?

Bergen County, New Jersey drew the highest number of moves between January and March, but interestingly not back into Manhattan. Rockland County, just over the New York State border, saw 28% of total moves from Bergen. West Nyack, a popular waterfront locale in Rockland and close to Bergen's border, ranks in the Top 10 of cheapest neighborhoods surrounding Manhattan.

With the rise of remote work, the commute into New York City is no longer a consideration for home buyers. We should also consider the ramped housing market of New Jersey, and in particular Bergen County, where bids are high and housing stock is low.

Our migration data shows a potential redirection for movers out of New Jersey and into the less heated Rockland County market.

Despite Rockland's popularity for Bergen County residents, New York City and Brooklyn were the top counties for moves from New Jersey, particularly from Hudson County where Jersey City is located. Jersey City is 70% renter occupied, with lower median rents compared to New York City. But, this changed post-pandemic, with rents and housing prices increasing YOY.

It's likely New York City renters escaped across the Hudson to an affordable market at the pandemic's peak, but they may be moving back to New York where rents are no longer so much higher and there's less competition.

This is possibly another reason why Brooklyn (Kings County) didn't see as many New Jersey moves. Brooklyn is seeing median rents above pre-pandemic rates along with an 80% drop in listings (New York City is slightly better with a 77% drop, but over 1,500 more listings compared to Brooklyn).

Dynamic data is essential for businesses that need to stay on top of how migration will impact demographics, including total income levels, and fluctuations in neighborhood traffic and demand. Demand applies not only to housing, but for business and municipal services too. Neighborhood foot traffic as granular as the census block group level can also be paired with migration data to forecast specific migration impacts on local businesses.

Want a data sample or have questions about migration data? Schedule a meeting to speak with one of our location data experts.