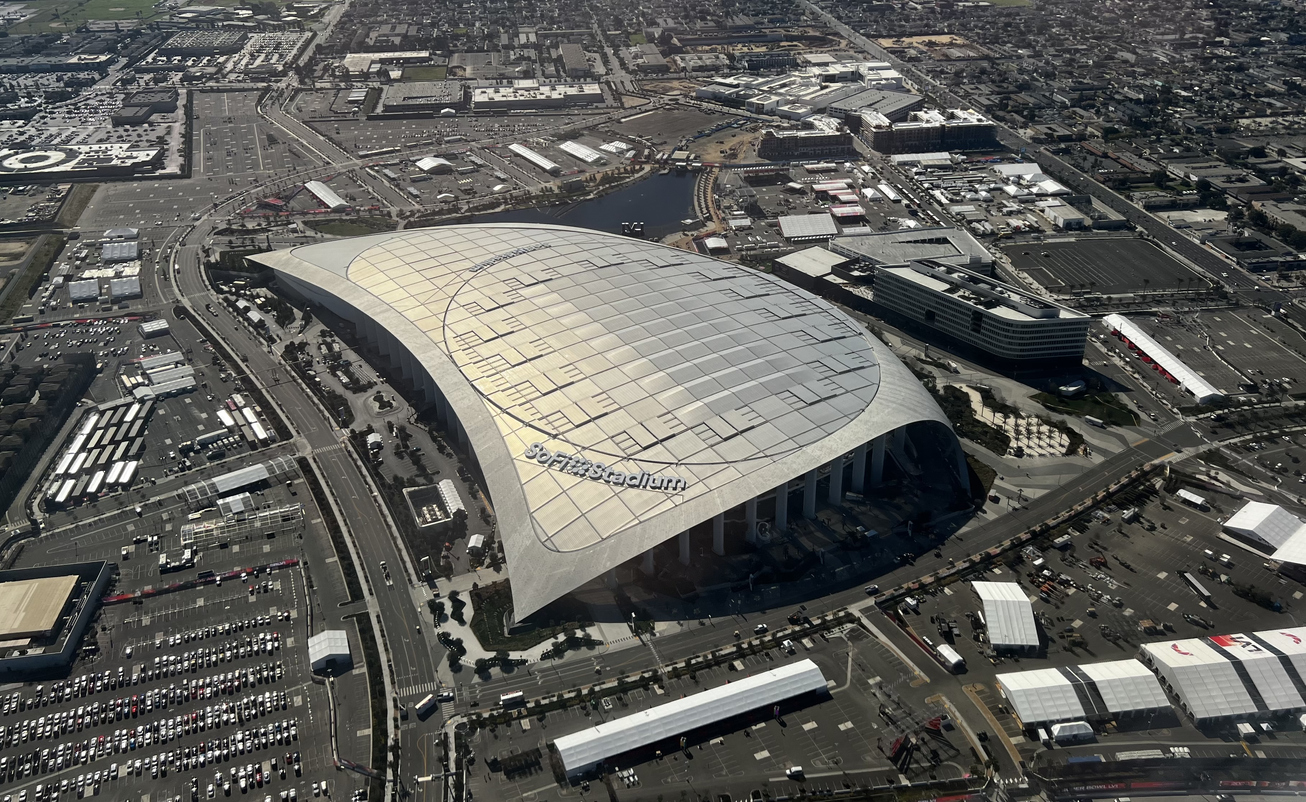 Super Bowl LV saw the Chiefs versus the Buccaneers play to a reduced crowd with 60% foot traffic loss compared to 2020's game at Hard Rock Stadium.

Compared to several above-average traffic events at Raymond James Stadium throughout 2021, events at Hard Rock barely exceeded average traffic levels for the venue. Traffic between March and August stayed below average overall, suggesting the stadium perhaps failed to capitalize on post-Super Bowl marketing for other high-profile events. Despite COVID setbacks, Raymond James amply recovered total venue usage in the latter half of 2021.

How did SoFi Stadium fare this year for Super Bowl LVI?

Will SoFi maintain event momentum for the rest of this year? They're certainly on track. Events exceeded average traffic for all but one day so far this year.

We also hopped across the pond to examine pandemic sports attendance at Wembley Stadium in London, where several football (remember: it's soccer) events kept traffic high throughout the summer season and into autumn. The month of October drew the highest traffic.

The 2022 World Cup Qualifier event between England and Hungary ended in a 1-1 draw, a police brawl, and a 48% traffic increase compared to three Wembley-hosted UEFA games.

The Women's World Cup qualifier also contributed to total traffic increases in the month of October.

It's likely the global scale of the World Cup drew visitors from international locations, whereas UEFA (Union of European Football Associations) may not have the same appeal beyond European borders. It is worth noting the UEFA event upped capacity from a 10,000-seat restriction to 65,000 seats, but the stadium itself can seat up to 90,000.

Restrictions were completely lifted by the time of the World Cup Qualifier, which saw a nearly 1,200% traffic increase compared to the totally restricted period in February. Would the UEFA games have filled stadium capacity without restrictions?

It's good to know some American institutions will forever prosper. Super Bowl LVI traffic exceeded pre-pandemic figures by 22%, and SoFi Stadium's on track for a stellar year of events.

Raymond James Stadium hosted Super Bowl LV at reduced capacity but recovered its traffic with a Rolling Stones concert at the end of 2021.

Hard Rock Stadium seemed to fare the worst, drawing a huge 2020 Super Bowl crowd for LIV but failing to maintain above-average traffic for a large portion of the year despite experiencing zero pandemic impact.

Across the pond, London's Wembley Stadium welcomed heavy crowds for several major football events. The World Cup Qualifier between England Hungary was Wembley's peak traffic event, but the UEFA games may have been a better competitor without the imposition of reduced capacity. England lifts its last COVID restrictions this week, with plenty more football to come.

We'll continue to check back on sports attendance throughout 2022, and our piece on overall sporting goods performance is here. Interested in learning more? Schedule a meeting or talktous@unacast.com